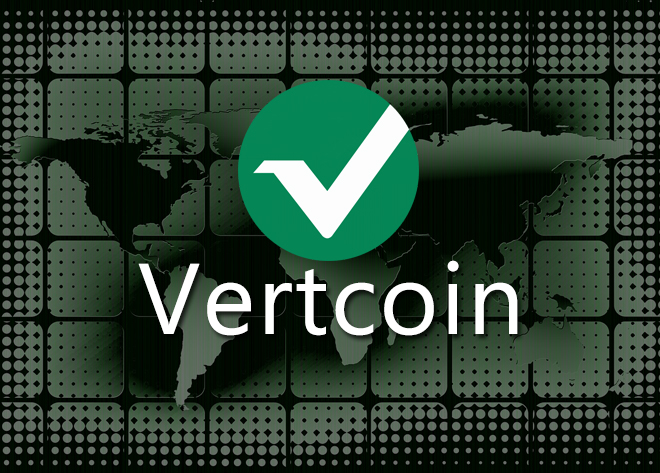 Vertcoin is a cryptocurrency which is like Bitcoin and Litecoin, in that it has an added focus on keeping the ecosystem as decentralized as possible. Vertcoin (VTC) payment processing offered by CoinPayments allows merchants to accept payments in VTC through the many easy to use ecommerce integrations.

Created in 2014, Vertcoin was established with the intention of being easily mined by the masses. Anyone can mine Vertcoin using existing hardware and be paid to cryptographically secure the network. Vertcoin was built to address the issue that has arisen in more recent times, which is that ASIC devices have taken over Bitcoin/Litecoin, centralizing the profitability and governance of a coin to ASIC manufacturers and those mining with ASICs. Vertcoin remains resistant to ASICs by having the option of changing its adaptive mining algorithm, rendering any newly released ASICs useless as they can’t adapt to change. They have already proven this by changing their algorithm twice since their inception.

You can trade Vertcoin for other cryptocurrencies or for your national currency using an exchange. Brokers provide trading options that do not require an account, and offer you the best possible rate. With Vertcoin, it is also possible to meet up in-person and trade using your preferred method of transfer. Finally, those who are confident with the command line can opt for on-chain atomic swaps (trustless exchange without a third party) for a handful of other cryptocurrencies.

The lightning wallet runs on LIT, one of the 4 currently existing implementations of Lightning Network. Outside lightning channel management LIT will act like a TCP/IP layer for cryptocurrency joining all your addresses under a single address umbrella unlike existing implementations. In layman’s terms, all of this just means that you’ll have one address for sending/receiving and that the system will not reveal your on-chain addresses.

According to the Vertcoin team, VTC is truly for the people, by the people. It did not have an ICO or Premine, plus the developers work entirely from community donations. They’re constantly looking for more people to help out and build Vertcoin.

Vertcoin is an alternative for those interested in cryptocurrency, but want something more community-minded. Because it took the foundations of Bitcoin and made some adjustments, Vertcoin has punished miners who use powerful machines and work together in ‘pools’ to monopolize the mining market.

Proving just how dedicated they are to maintaining decentralization, in-response to threats from centralized mining, Vertcoin has already forked two times to a new PoW function to ensure ASIC resistance.

If you’re interested, you can help out the Vertcoin Community, whether that be by accepting Vertcoin (VTC) payments as a business or by developing code for the next-generation applications, everyone has the ability to help out.